Gun safety is the responsibility of the owner, and no one else. It’s also not something that should be taken lightly, since the destructive potential of firearms is huge.

According to the CDC, 77 minors were killed by unintentional gun discharges in the U.S. in 2015. However, when the Associated Press and USA Today conducted an independent review of shootings-related deaths nationwide, the results were nearly double those of the CDC. AP found at least 141 deaths of minors attributed to accidental shootings in the same period. CDC officials acknowledge their statistics are lower because of how coroners classify fatalities on death certificates.

Accidental discharge-related deaths of minors are most common among 3-year-olds. Most accidents follow the same scenario – children pick up unsecured, loaded guns in their homes and shoot themselves.

Former director of CDC’s National Center for Injury Prevention and Control, Mark Rosenberg, says “it’s crazy” that the government isn’t researching more into how to prevent accidental discharge deaths because the bottom line is – 100% of them are preventable.

Following these gun safety rules is essential in preventing accidental firearm-related injury or death. Avoiding becoming a statistic begins with your conduct at home, at the range, or anywhere you carry your gun.

S – secure your firearms when not in use​

F – focus on your responsibility as a gun owner​

E – educate yourself and others about gun safety​

Purchasing a gun means accepting the responsibility that comes along with it, and the principle way to prevent gun-related accidents is to ensure that firearms are always properly stored in the home.

See to it that guns are stored where they won’t be accessible to unauthorized persons: hiding a gun in a drawer, closet, or underneath a pillow does not make your house a safer place. Safe storage requires precautions and critical safeguards that create barriers to against unauthorized use and accidents.

How to safely store a gun

Gun owners must commit to learning how to safely use their firearms, especially if they plan on using them for home security. The objective is to keep firearms somewhere where they are readily available to the owner, yet inaccessible to others. Keeping a gun to defend your family is meaningless if that same gun puts your family at risk.

​Several studies have found that gun accidents claim at least one child’s life every other day. Sadly, nearly all firearm accidents are preventable when gun owners take basic precautions.

If you have firearms in the home, you need to teach your kids about them. In many cases, children find firearms because they go looking for them out of curiosity or because one of them dared the other to find it.

Provided the firearms in your house are stored safely, make sure your kids:​

Sleepovers at a friend’s house

​Before carrying a gun, you should know:

A majority of negligent discharges occur when the person handling the gun is not paying attention and doesn’t maintain situational awareness.

Keeping a finger near the trigger, and not checking to see if the gun is loaded is a route to disaster.

Driving with a gun

​When driving with a gun, keep the following tips in mind: 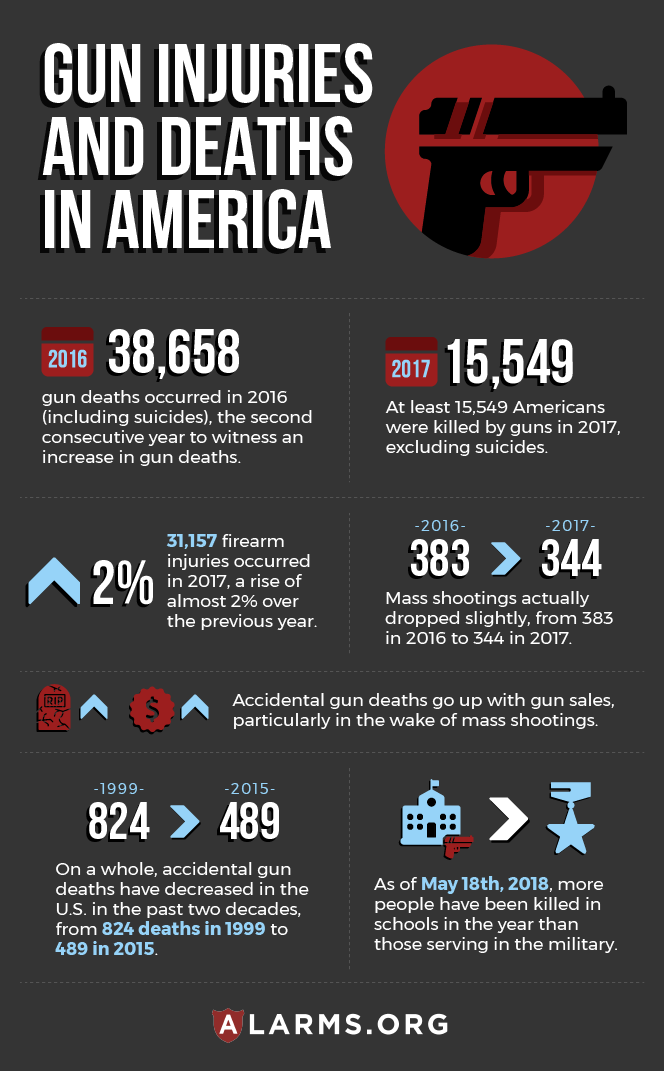