New Jersey – Originally a colony settled by the Dutch and Swedes, it was seized by England in the mid-17th century. It also played a pivotal role in the Industrial Revolution, which completely transformed the United States.

New Jersey is home to a population of around 8.7 million (ranked 11th in the US), with state square miles ranked 47th. This makes New Jersey the most densely populated state in the country. Industry and economy are often “lost” in some perceptions as being part of the greater New York area, but New Jersey's individual wealth generation is the second highest in the US. Key wealth generators include financial services, telecommunications, chemicals and agriculture.

Income levels in New Jersey are typically considerably higher than US averages. Household average income at $80,000 is approximately a third higher and at $40,000 there is a similar margin for per capita income. New Jersey benefits from encouraging crime statistics, though inevitably there will be variations by localities. These statistics show:

The top 5 safest areas in New Jersey are: 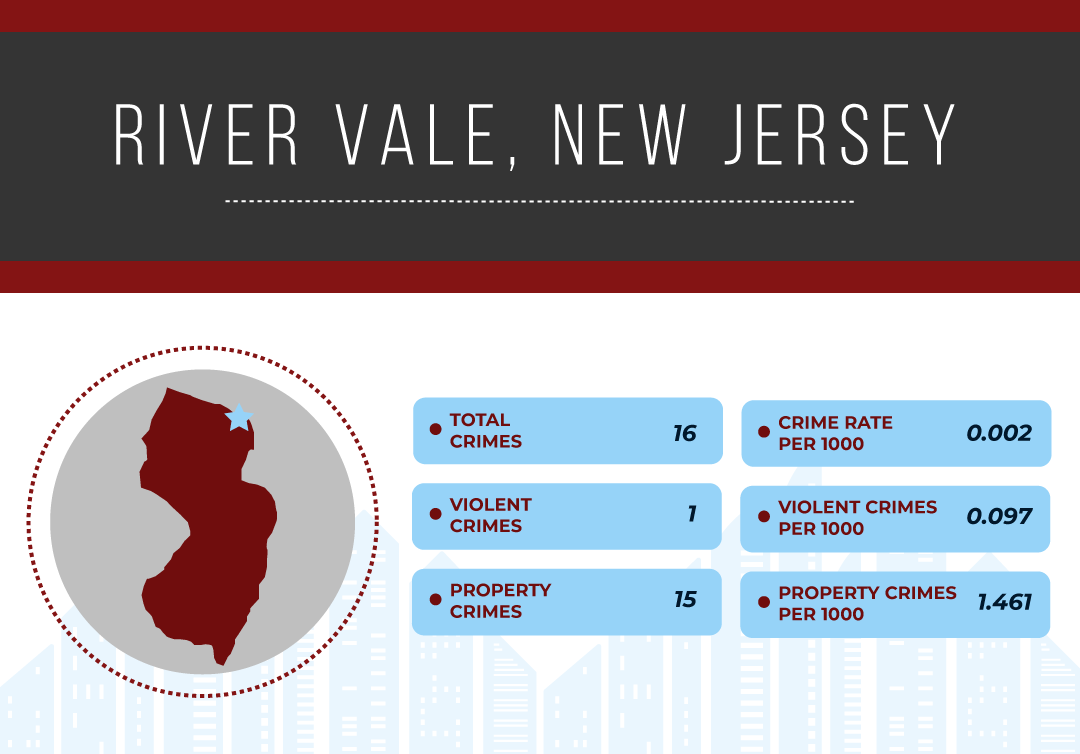 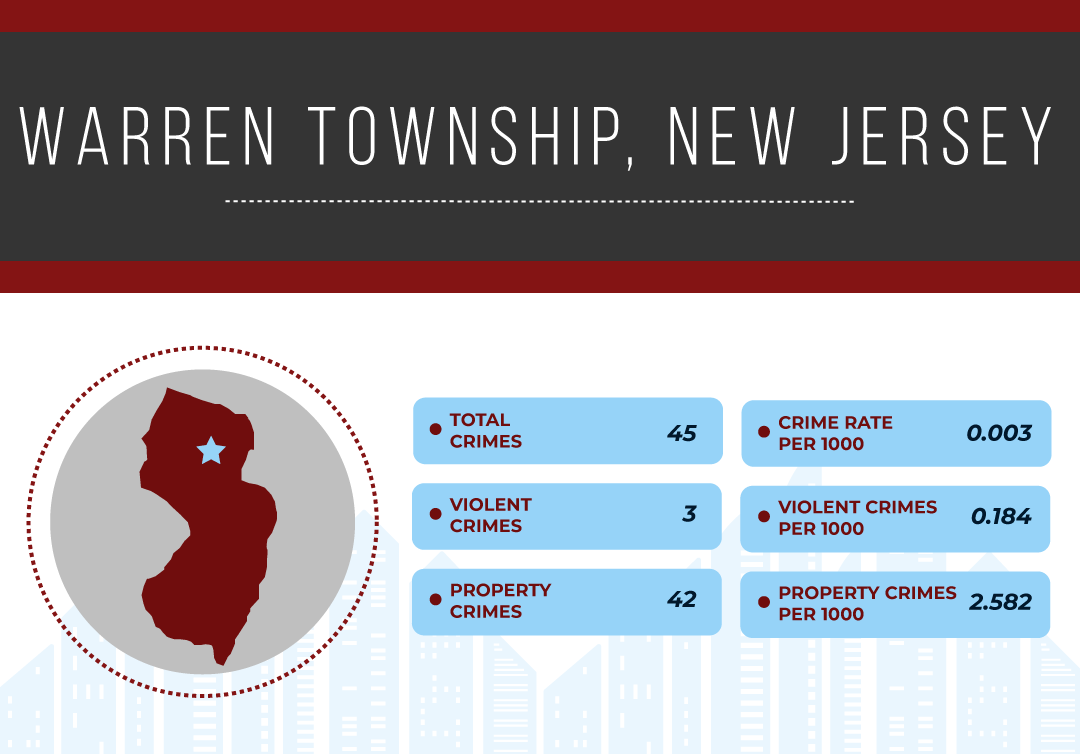 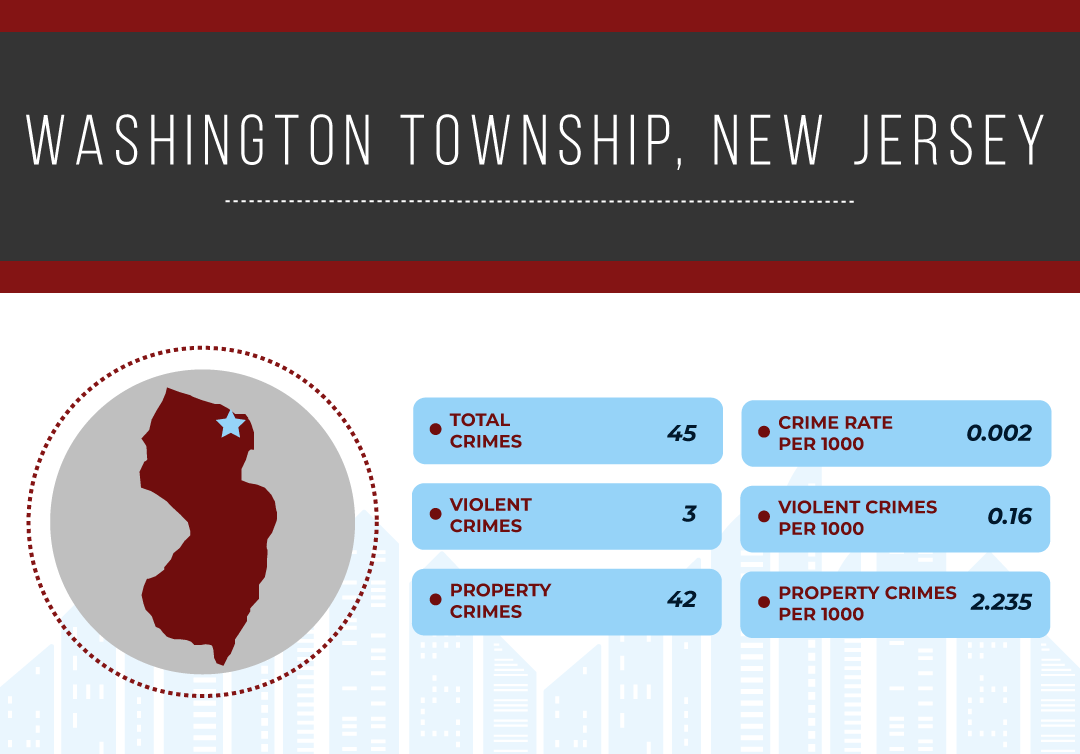 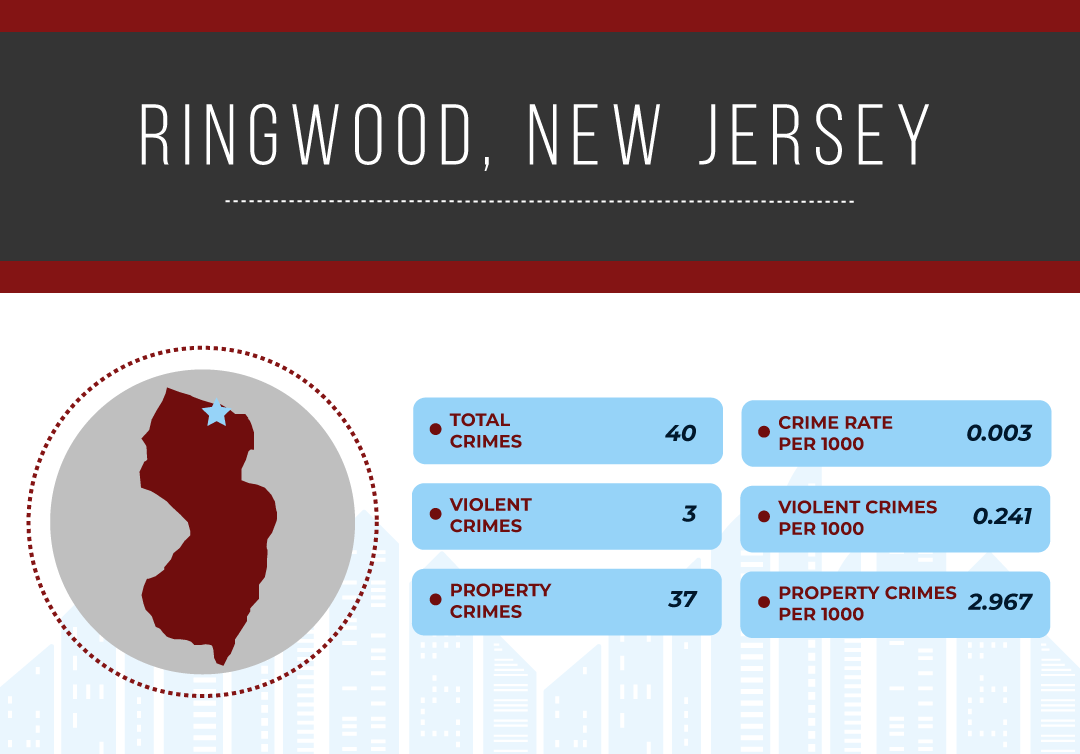 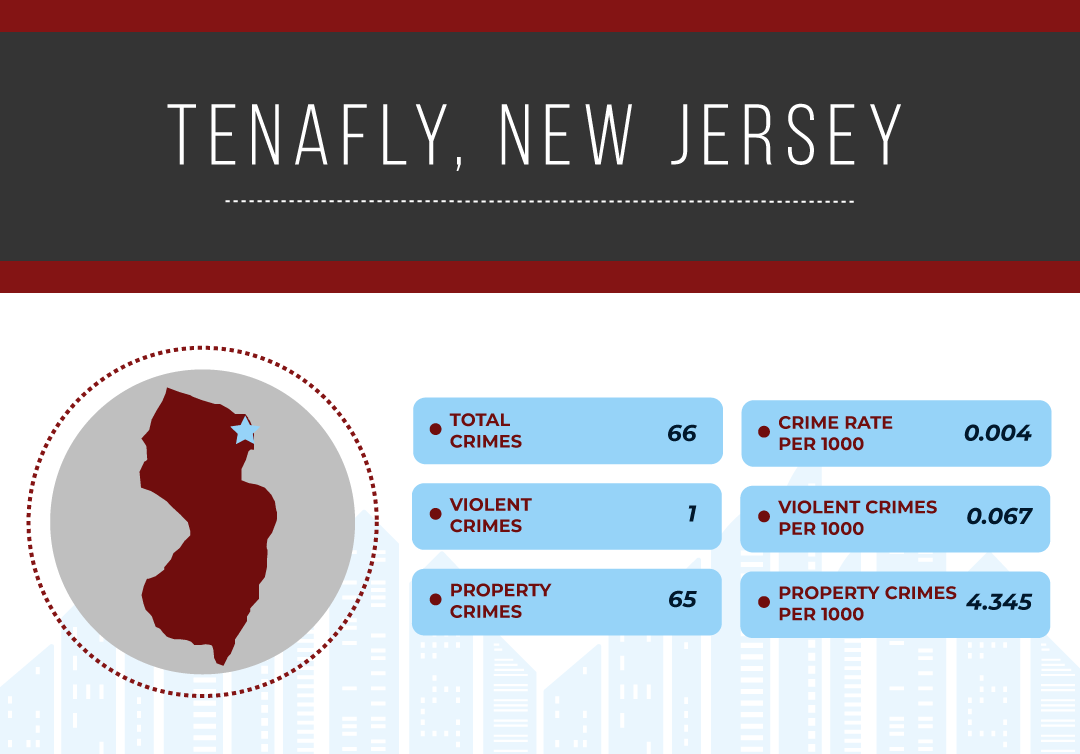 To identify the safest cities in New Jersey, we reviewed the most recent FBI Uniform Crime Report statistics. A total of 7,639 cities were factored into this ranking with populations ranging from 7,639 to 4,007,147. However, we eliminated any cities that failed to submit a complete crime report to the FBI and removed cities with populations under 10,000. 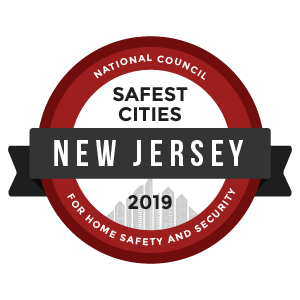